Simranjit in action in the final later tonight

New Delhi, March 11: World Championships bronze medallist Manish Kaushik (63kg) won a historic ninth Tokyo Olympic quota for India when he upset the Commonwealth Games champion and second seed Harrison Garside of Australia 4-1 in the box-off bout at the Asian/Oceanian Olympic Qualifiers in Amman, Jordan today. This is India’s highest-ever haul of Olympic quotas, surpassing the eight they had earned at the 2012 London Games. The nine quotas also ensured that this was India’s highest ever qualification from a single qualifier. 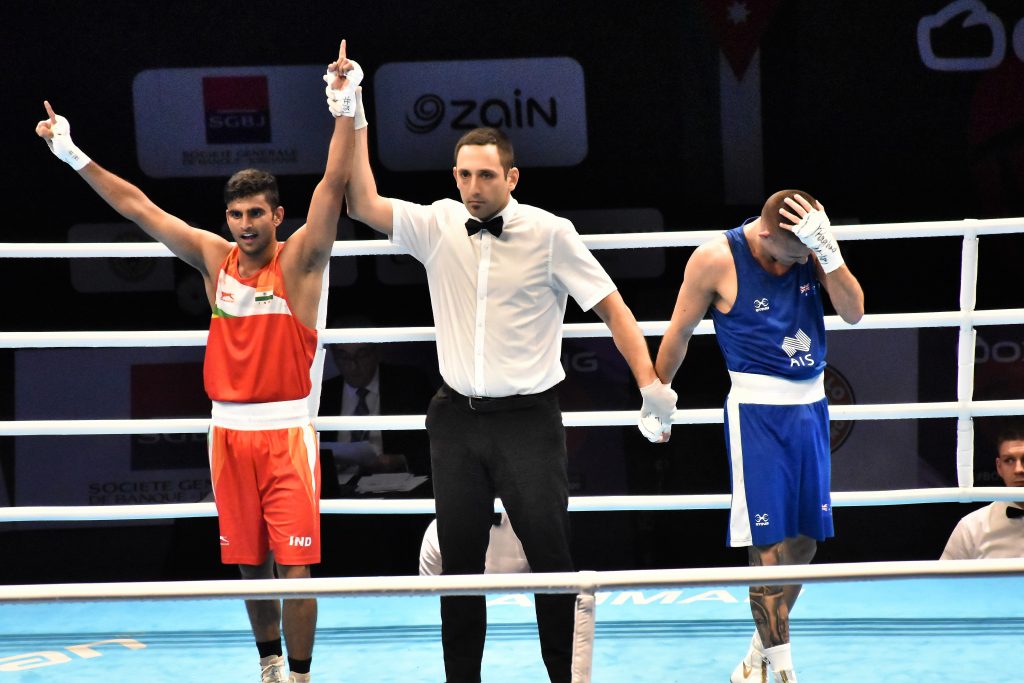 India’s brilliant performance at the Asian Qualifiers also propelled them to the top position, where they are tied with Kazakhstan among 10 nations.

“It is a moment of pride for Indian Boxing. For the first time ever, 9 Indian pugilists have qualified for the Olympics and that too at the first qualifying event. We still have the World Qualifiers in May and I am confident that India will qualify in all 13 categories,” said Boxing Federation of India President, Ajay Singh.

“Our mission is to win Olympic medals and these 9 qualifications are an indication of the potential that Indian boxers possess. Having qualified in the first qualification event will give them a big boost and will motivate them to work harder. On our part, we along with the Sports Ministry and SAI will ensure that we provide them with the best possible infrastructure and support to meet the end objective,” he added.

Having lost in the quarter-finals, Kaushik was presented with one more chance of securing his maiden appearance at the mega quadrennial Games with the top six from 63kg eligible for Olympic quotas. This time he made no mistake. 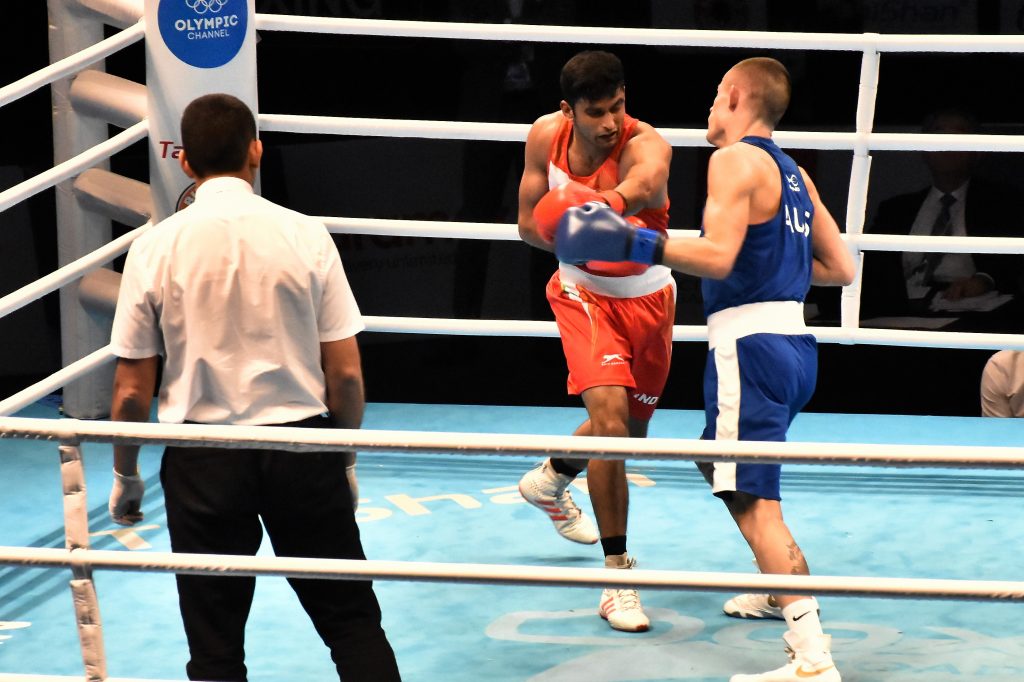 In a brutal box-off bout that saw Garside fighting with a bloodied face, Kaushik endured some hard blows and a stiff challenge from his opponent to fulfil his Olympic dream. The 4-1 win also helped him avenge his 2018 Commonwealth Games final defeat to Garside.

Sachin Kumar (81kg), however, did not have the same fortune as he was blanked 0-5 by Tajikistan’s Shabbos Negmatulloev in the box-off final.

Meanwhile, Commonwealth Games champion Vikas Krishan (69kg) had to settle for the silver medal after a left eye injury forced him to give a walkover to Jordan’s Zeyad Eashash on medical advice. The cut above his left eye hampered the former Asian Games champion’s training and also prevented him from making the weight for the bout in the morning, that necessitated the pull-out.

The Indian contingent still has one more chance to finish their glorious campaign with a gold with former World Championships bronze medallist Simranjit Kaur (60kg) taking on former two-time Asian champion Oh Yeon Ji of South Korea in the final.