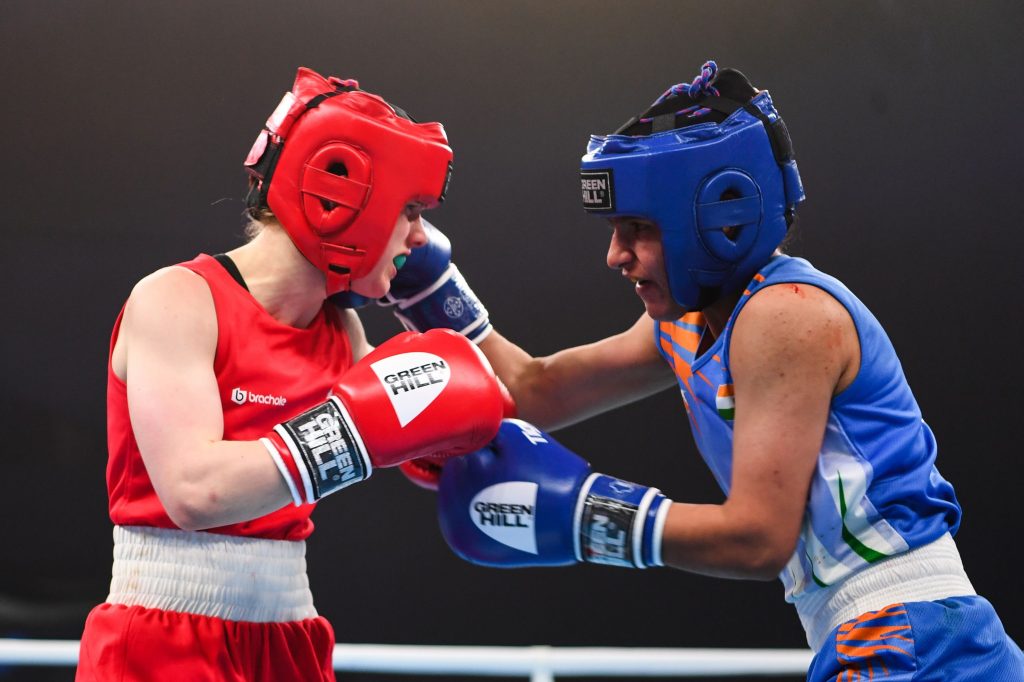 Gitika (48kg) continued her impressive run in the tournament as she showed attacking prowess and maturity on her way to a 5-0 win over Delhi’s Sanjana in the last-8 bout. Gitika will now square off against Ragini Upadhyay of Uttar Pradesh in the semi-final on Thursday.

In the light flyweight 50 kg quarter-finals, Haryana’s Tamanna started the proceedings against Chandigarh’s Kajal with a flurry of punches and dominated throughout before the referee stopped the contest (RSC) and declared former as the winner in the beginning of the second round of the bout.

Meanwhile in the men’s category, the boxers from Services Sports Control Board, led by 2021 Youth World Championship bronze medallist Bishwamitra Chongtham (51kg) dominated the proceedings as 3 of them sailed into the semi-finals. Other two SSCB Boxers were Vishwanath Suresh and Victor Singh (54kg).

The semi-final bouts of both men and women categories will be played on Thursday.