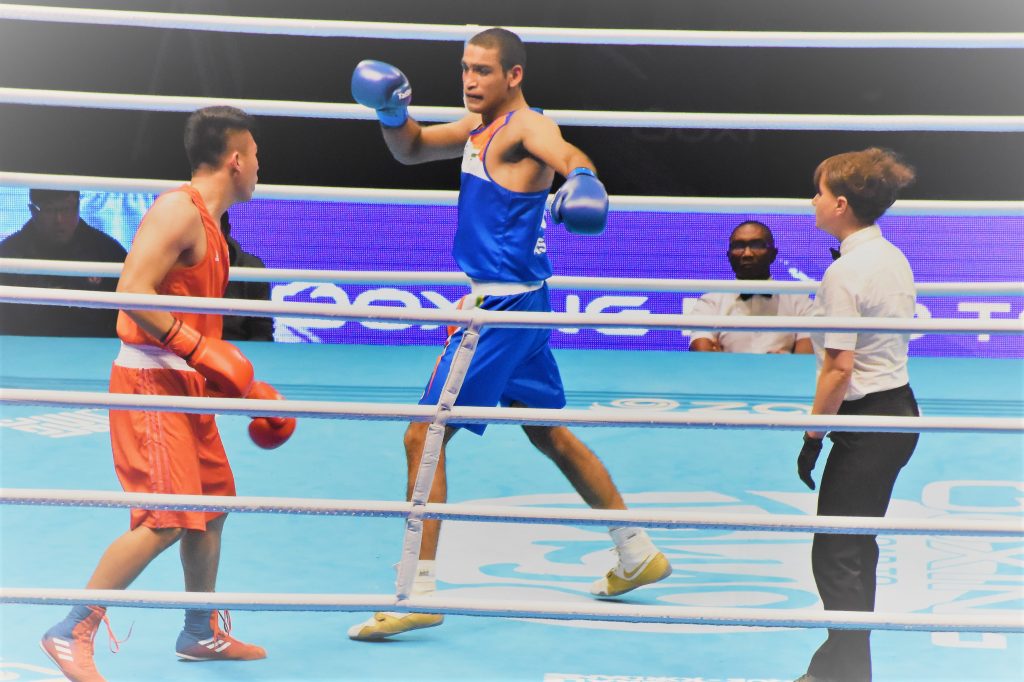 In a blistering start, Solanki brought his attacking game to rain down jabs and punches from the very beginning. The second round turned out to be more competitive with the Kyrgyz boxer showing more aggression but Solanki’s patience helped him sail through that.

The exertion in the second round took a toll on the Kyrgyz pugilist, who looked visibly exhausted towards the end of the bout, where Solanki was declared the winner by points.

Solanki will need to be at his flawless best for he next faces the top seed and world champion Mirazizbek Mirzakhalilov of Uzbekistan, who is also the reigning Asian Games and Asian champion. That bout is scheduled to be held on March 7.

Ashish Kumar was equally impressive in his 75kg opening bout with Chinese Taipei’s Kan Chia-Wei. Showing brilliant attacking intent and superb footwork, the Indian boxer never relented from delivering his punches. Chia-Wei could not put up much of a resistance and lost his stamina in the final round against the sprightly Ashish, who will face the fourth seed Bekzhigit Uulu Omurbek of Kyrgyzstan on Thursday. 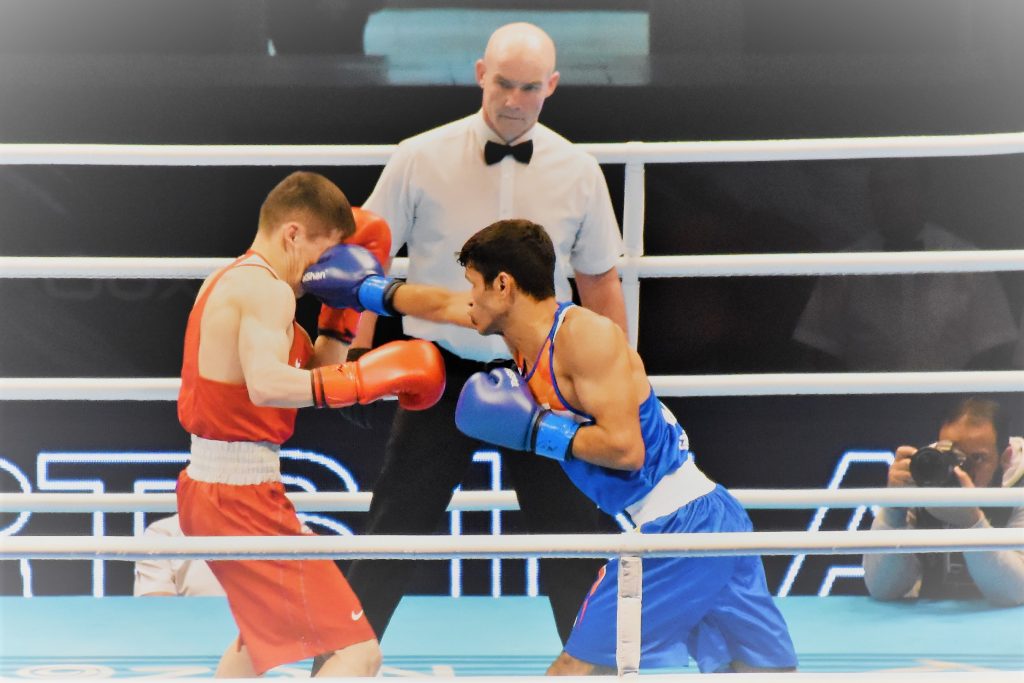