The Boxing Federation of India (BFI) has selected its final list of nominees for the National Sports Awards 2020 after careful consideration. Amit Panghal and Vikas Krishan are being recommended for Rajiv Gandhi Khel Ratna Award while Lovlina Borgohain, Simranjit Kaur and Manish Kaushik have been chosen for Arjuna Award. 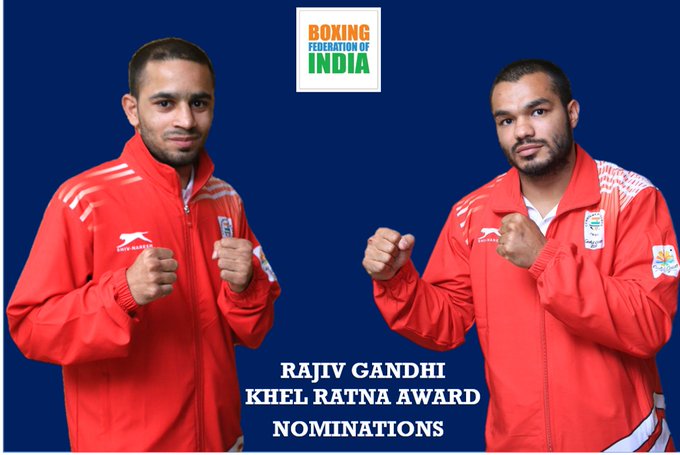 Both Panghal and Krishan have taken Indian boxing to even greater heights with their unwavering focus and consistent performances in elite tournaments in the last four years. Panghal has been a revelation in the last couple of years and has added an Asian Games gold, Asian Championships gold and CWG Silver medal before scripting history at last year’s World Championships with a silver medal.

Manish Kaushik displayed exemplary courage at the 2019 World Championships to clinch a bronze to add to the silver he won from the Commonwealth Games the preceding year on his debut. Lovlina Borgohain and Simranjit Kaur have been two of the most talented young women’s boxers we have produced in the recent few years and they have proved it with their credentials.

All the aforementioned names would now be eagerly looking to take their stellar form to the Tokyo Olympics next year.

The architect of the success stories of Indian boxing has been our coaches of whom Head Coach of Indian Women’s boxing, Ali Qamar and Assistant Coach, Chhote Lal are being recommended for the Dronacharya Award. Both have tirelessly put in efforts to make boxing a sporting powerhouse and have shaped champions.

For the Dhyanchand Award, BFI would like to recommend 2008 Asian Boxing gold medalist and two-time World Championships silver medallist Usha Nagisetty for her immense contribution to the sport.

As the only female boxer to have been invited for demonstration bouts in the 2009 Men’s World Boxing Championship in Milan, Nagishetty has been the pathbreaker for women’s boxing. She had coached the women boxers from 2013-2017.

BFI has made the diligent exercise on the basis of the performance of the athletes and coaches during the last four years before sending the names to the Sports Ministry for the recommendation.