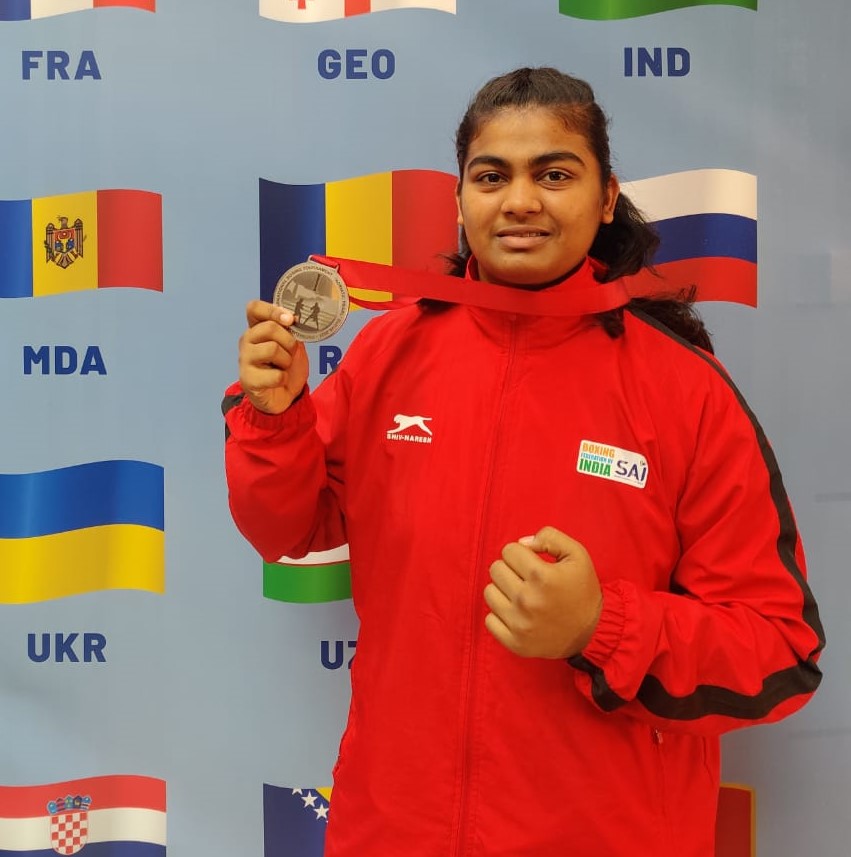 2019 Asian junior Girls Champion Alfiya Pathan (81+kg) showed superb form and fitness to notch up an easy 5-0 win against Daria Kozorev of Moldova and earned the first gold medal for India. Nagpur’s Alifya looked in complete control throughout the match and made the opponent work hard with her swift movement and precise punches.
In the 51kg Flyweight category, the proceedings began with a fiery encounter between India’s Babyrojisana Chanu and Uzbekistan’s Feruza Kazakova . Both the boxers threw caution to the air and traded mighty blows however Chanu managed to pull off the winning punch in the dying seconds to outclass her opponent in a 3-2 split verdict to win the bout and sail into the final.
Rohtak’s Vinka (60kg) made lightwork of her Finnish opponent Suvi Tujula. Suvi was no match for the Indian pugilist as she conceded a series of punches thus forcing the referee to stop the contest in the second round. She will face Kristian Kiper of Moldova in the final tonight.
2018 Best Asian Women’s Junior Boxer Arundhati Choudhary (69kg) also continued from where she left yesterday as she registered another clean sweep with a 5-0 win to advance to the final.
In the 75 kg semi-final, Sanamcha Chanu (75kg) defeated Uzbekistan’s Sokhiba Ruzmetova in an unanimous 5-0 win to reach the final, she will face India’s Raj Sahiba tonight. Unlike other categories, India fielded two boxers in the 75 kg category and both of them will face each other for the gold medal.
In other matches, Neha (54kg) lost her semi-final bout against Claudie Totova of Czech Republic 0-5 whereas it was another tough day for the men boxers as both Akash Gorkha (60kg) and Ankit Narwal (64kg) lost their respective bouts by a narrow 3-2 margin.
Other Women boxer playing in the final tonight is Gitika (48kg) who will be competing for the gold medal against Uzbekistan’s Farzona Fozilova whereas Preeti (57kg) and Lucky Rana (64kg) will play their semi-final bouts tonight.
Two male boxers — Priyanshu Dabas (49kg) and Jugnoo (91+kg) will also be competing tonight in the semi-final.
In total, Indian contingent is assured of 12 medals with 5 women eyeing gold and two male and female boxers in contention to reach the finals tonight.