New Delhi, March 5: Asian Championships silver medallist Ashish Kumar (75kg) knocked out the fourth seed Bekzhigit Uulu Omurbek of Kyrgyzstan 5-0 in a brilliant performance to move into the quarter-finals of the Asian/Oceanian Olympic Qualifiers got underway in Amman, Jordan today. He now needs one more to secure his Tokyo Olympic ticket. 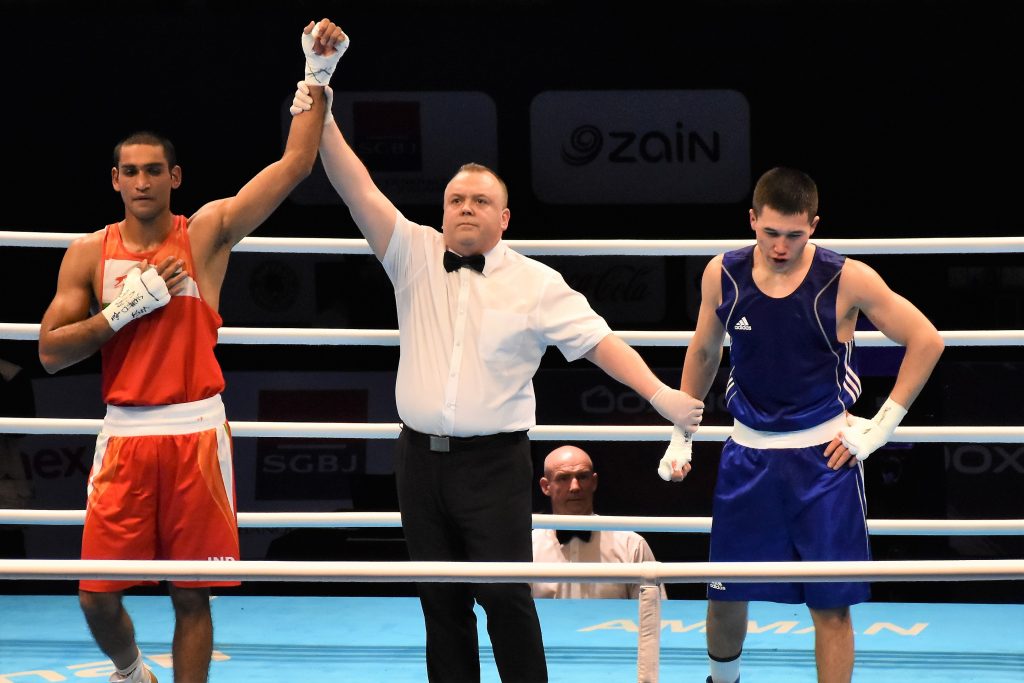 Having defeated the World No. 15 on his way to winning the silver at the Asian Championships last year, the 16th ranked Kumar came into this bout with a lot of confidence. He started slow as the Kyrgyz raced out of the blocks to land a flurry of jabs on the Indian.

But once he settled down into the match, Ashish was able to connect better than his opponent. While the first round did go his way, the undeterred Omurbek came storming back to use his right-hand punches effectively and bounced back into the bout.

The final round was a heavily one-sided affair in favour of the Indian whose smart defensive tactic did not allow his opponent to land his blows. The contest ended with a great show of sportsmanship with the two boxers hugging and posing for the cameramen together.

“The bout went really well for me. Very happy with this win. I’ll prepare the strategies well to face my next opponent. It will be really important as I am just one win away from making it to Tokyo. I’ll give my absolute best to make my Olympic dream come true,” said Ashish after his victory.

Ashish will next face Indonesia’s Maikhel Roberrd Muskita for a place in the semis and to confirm his Tokyo Olympics berth.